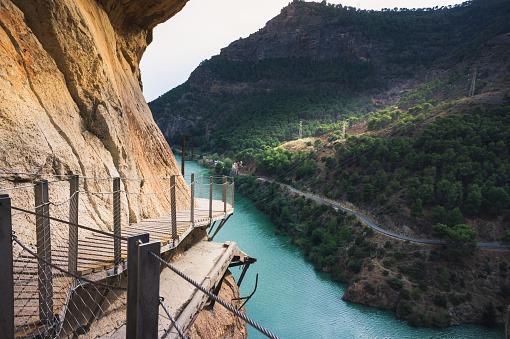 What is Caminito Del Rey and Why is it Referred to as the Most Dangerous Walkway?

Caminito del Rey, or “The King’s Little Pathway” in Spanish, is a walkway that stretches along the steep walls of a narrow gorge in El Chorro, Spain. It is considered to be one of the most dangerous walkways in the world due to its precarious location and lack of safety measures. Despite this, it has become an increasingly popular tourist destination for those who are brave enough to take on its challenge. In this article, we will explore what makes Caminito del Rey so dangerous and why it is referred to as the “most dangerous walkway”.

Understanding the History and Revitalization of Caminito Del

Caminito del Rey is a unique walkway located near the village of El Chorro in Spain. It was originally constructed in 1905 to provide access to workers who were building a hydroelectric power station in the area. In recent years, it has become a popular tourist attraction due to its spectacular views and stunning scenery. The walkway has gone through extensive renovations and revitalization efforts over the years, making it one of the most iconic attractions in Spain. In this article, we will explore the history of Caminito del Rey and discuss how it was able to make such an impressive comeback after years of neglect.

A Look at the Restoration of Caminito del Rey

Caminito del Rey has recently been restored to its former glory. The restoration project was initiated by the Andalusian government and involved numerous organizations, including local authorities and private companies. The restoration was completed in 2015 and now the walkway is open to the public. It is a stunning example of how conservation efforts can bring a historic site back to life. In this article, we will take a look at the restoration of Caminito del Rey and explore who was involved in this remarkable project.

It is a unique hiking trail that runs through the El Chorro Gorge, offering breathtaking views of the surrounding landscape. The route is 4.8 km long and takes about two to three hours to complete, depending on how many stops you make along the way.

The Caminito del Rey is a great way to explore this magnificent natural wonder while taking in some of the best views it has to offer. From its stunning cliffs and waterfalls to its lush vegetation and diverse wildlife, there’s something for everyone along this scenic route!

First of all you need to have good walking shoes on or sneakers, a pair of the most comfortable ones. The bus drive from Málaga is about an hour so if you are on the early trekking tour bring some snacks and drinks. Sometimes the bus stops at a café where you can buy breakfast and hot and cold drinks.

Well at the start of the walk all trekkers will get a hard hat. it is also at this starting point where you will find toilets. And remember the walk is about three hours loong so it could be nice to go.

Well, that is what they tell us and I think they want to protect us from the possibility to drop our phones in to the river down below. I had a Gopro on a stick with me and noone really said anything. But there are guards walking the area and they will stop you if they see you are using a stick.

What TO Expect On This Epic Walk?

Are you ready for an epic adventure? If yes, then join us on this amazing walk in El Chorro! You will be amazed by the beauty of nature as you walk through the 300 feet high bridges and steep cliffs. You will also have a chance to experience the thrill of walking through small tunnels and crossing the big hanging bridge at the end of the walk.

Some parts of the walk is easy to do, walking on wide paths and some are more difficult as we climb stairs in narrow and high parts of the mountain. If you suffer from vertigo this might be a walk you don’t want to take. But it is an spectacular walk to do.

Remember that this is a walk that you start from one side and finnish at the other side. It is not a good idea to park a car and walk as you will not end up from where you started. We took a guided bus tour that was fantastic and we learned so much about the walk, the people living in the mountains and of course a lot of the history about this walk.

I can really recommend to take this tour, there is nothing like it in the world. 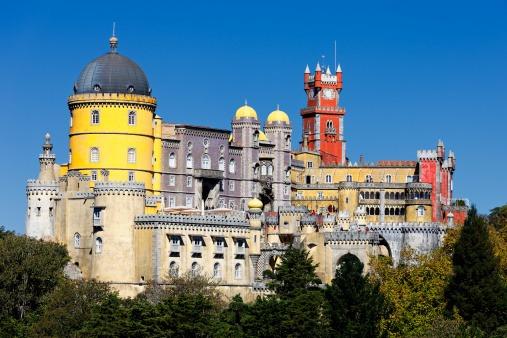 The Pena Palace is a Romanticist castle located in the Sintra Mountains above the town of Sintra, Portugal it is a national monument known for its architectural features and vast forested park. The castle stands atop a jagged rocky outcrop, the second highest peak (480m) of the Serra da Sintra hills. The surrounding park is… 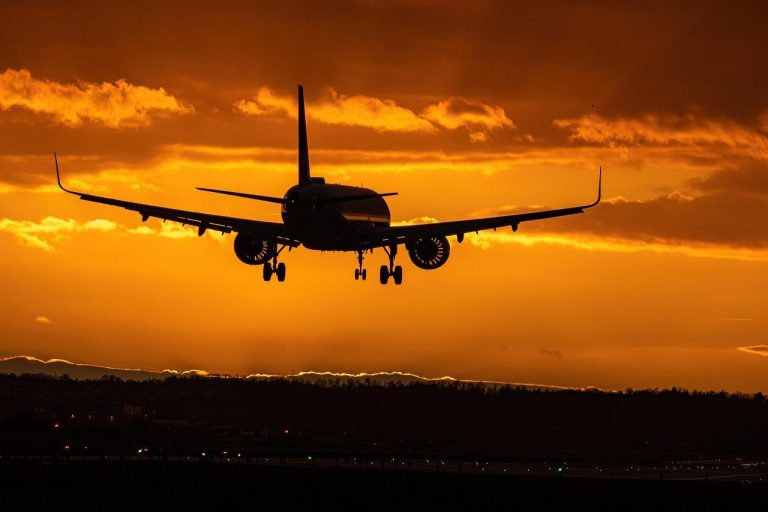 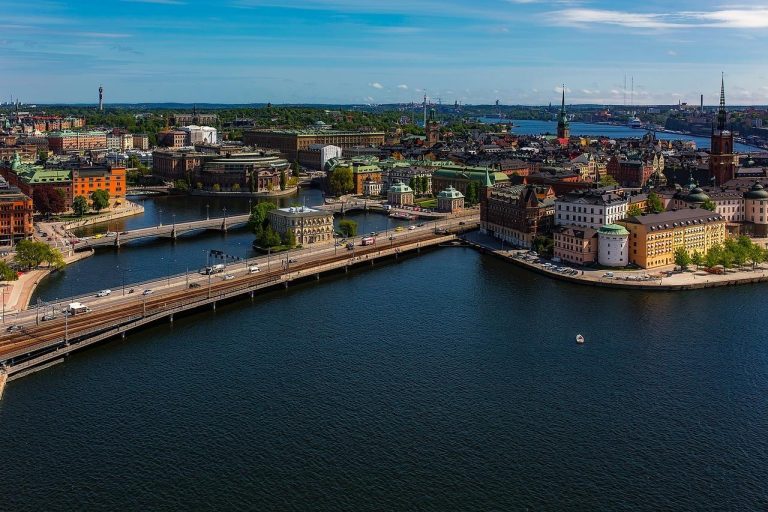 I read somewhere that variety is the spice in life and believe me 24 hours in Stockholm will cover most of it The Venice of the Nordics, that is the nickname for Stockholm. The city is built on more than 10 islands and water is something you always will find where ever you go in…

My first visit to Thailands capital, Bangkok was in 2001. I had never been that far south east before as I have a crush on the Caribbean. I remember de-plaining and the heat that hit me like a wall, in the bus to the hotel I was both amazed and terrified of the traffic. 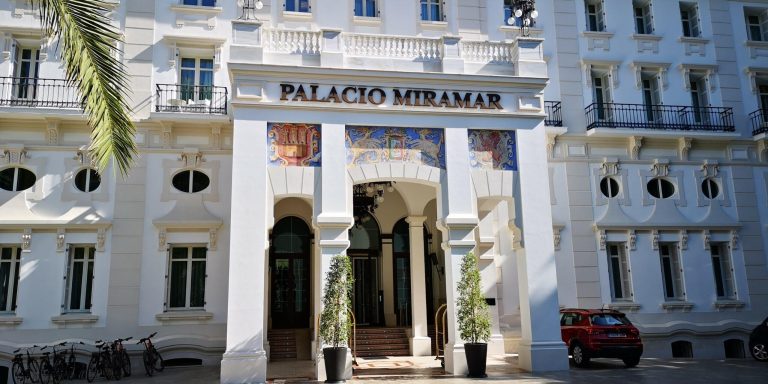 Gran Hotel Miramar had been a dream of mine for a while and last summer we went for the first time to Málaga. I have been to many places in Spain but never had the chance to go to Málaga. A lot of friends had told me the city is very nice to visit and… 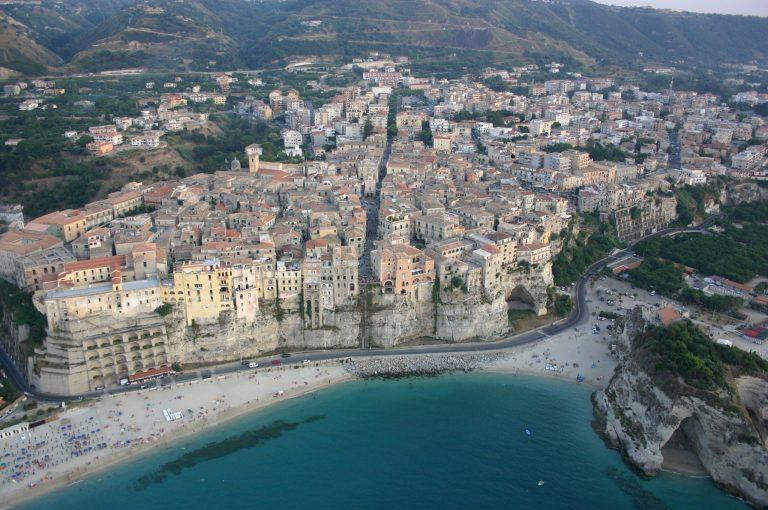 Tropea is a lovely little town on a hill site in the south of Italy. Looking at the boot, you’ll find Tropea on the northen site of the foot it self. Overlooking Stromboli and the beautiful Med. Tropea is situated on a hill top, surrounded with an old city wall. Tropea old town is a…